Home Check of Delray, of Delray Beach, FL, earns accreditation from the NHWA!

Home Check of Delray, of Delray Beach, Florida, has earned Accredited Member status from the NHWA.

Owner Mark Whitten and his wife, Julie, are new to the Delray Beach/Boca Raton area, but they are not strangers to the Sunshine State. Mark was born in Daytona Beach and later moved to the Nashville, Tennessee, area. In 2002, Mark moved to South Florida to start a career in a non-profit international aid organization, equipping Indigenous leaders for community outreach. As a graduate of Samford University’s School of Education, Mark later served 11 years as an American History teacher in the public-school system before entering into the restoration and construction field.

Mark and Julie, a northern Michigan native and kitchen and bath design specialist by trade, decided to call Delray Beach their home in early 2019. After a few visits to the area, they fell in love with its people, beaches, and culture and decided to plant their roots. As a former restoration specialist and repair superintendent, Mark knows from experience how damage can quickly evolve into disaster. He says, “It was heartbreaking to see homeowners grapple with the reality that their claim had been denied due to what insurance companies termed ‘homeowner neglect.’”

Before even knowing that there was such a thing as the Home Watch industry, Mark was in conversation with a few of his friends who also happened to be contractors and asked them what they saw to be some of the biggest, unmet needs for homeowners in this area. From that conversation, the idea came to offer concierge and Home Watch services to second-home/vacation homeowners in the southern Palm Beach County area.

After some market research, Mark found what he calls “a godsend” in the National Home Watch Association. Mark says, “Thanks to Jack Luber, his dedicated staff, and all the other amazing members, I received the help and support he would need for establishing a successful and enduring business” in the Delray Beach and surrounding areas. In starting Home Check of Delray, Mark wanted to fulfill one of his long-time dreams of owning and operating a business while bringing some of his southern cordiality and dependability to an area in search of a trusted neighbor. 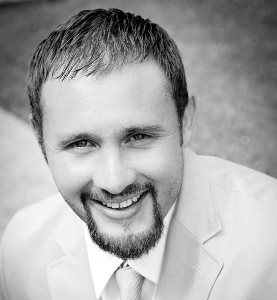 Home Check of Delray serves Delray Beach, Boca Raton, Boynton Beach, Highland Beach, Hypoluxo, Lake Worth, Lantana, and Oceanside. You can reach Mark at (561) 271-4708 or at info@homecheckdelray.com. Learn more at his website, www.homecheckdelray.com.