Corolla Home Watch of Corolla, North Carolina, has earned Accredited Member status from the NHWA for the third year.

Born and raised in New Jersey, Owner Mike Meola enjoyed a 30-year career in law enforcement. He served in various capacities during his 27 years in Elizabeth, NJ, handling investigations that gave him vast experience in both personal and property protection and the detection and prevention of home invasions, along with the destruction and damage of personal property. Later joining the NJ Attorney General’s Office as an investigator, Mike worked numerous fraud cases, many of which were associated with unscrupulous home improvement contractors in the aftermath of Hurricane Sandy.

Mike was also a Realtor in NJ. He attended his clients’ home inspections with a trained professional home inspector. He has also owned several homes in the last 30 years, some of them in a coastal community like the Outer Banks. Mike is all too familiar with the absentee homeowner’s feeling of the unknown.

Since moving to the Outer Banks in 2015, Mike has worked locally as a security supervisor for a resort and as a rental home maintenance technician for a property management group. Those experiences round out a skill set that has prepared Mike for almost every conceivable issue a home can have. This all adds up to peace of mind for his clients.

After vacationing in the Outer Banks for the previous 19 years, Mike purchased a vacation home in Corolla in 2013. That November, a coastal storm struck, resulting in some local property damage. Concerned but unable to check on his home, Mike called the rental company that had marketed his home, looking for someone to walk the property and check for obvious issues. Mike wanted to find a person who could take detailed pictures of any problems, be able to mitigate any damages that could result in a greater loss, write a report to be sent to his insurance company and, of course, contact him immediately. After waiting five days for a return call, the rental agency said they would send someone out to check on the home, for a fee. That fee would not include any pictures, written report, or any mitigation of current issues/damage. Mike spent many sleepless nights wondering what might be going on at his home. But unable to get there, this was his only option. He also had to call them to find out what they discovered at the house, and although they billed him for it, he was not sure they had actually been there.

In 2016, the Outer Banks, and in particular Corolla and the North Beach, were hit by two tropical storms and Hurricane Matthew. The roads were impassable for weeks. Mike realized that unless a Home Watch company was located in Corolla, there would be no one who would be able to check on any of the homes north of Duck within that time frame. After seeing an immediate need for a local Home Watch company that serviced both Corolla and the North Beaches, Corolla Home Watch was born in 2018. 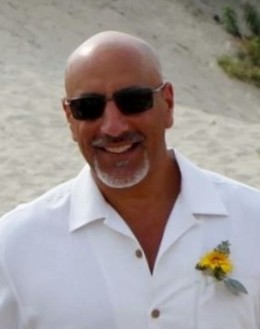 Corolla Home Watch serves all of the Outer Banks. You can reach Mike at (252) 489-1246 or at corollahomewatch@gmail.com. Learn more at his website, www.corollahomewatch.com. 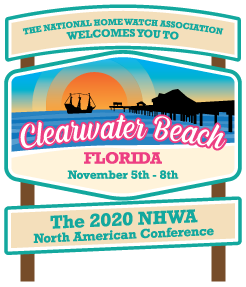